Home > Business > The Men Who Killed The Golden Airline Ticket

In the 2004 Neiman Marcus Christmas Catalog, American Airlines made a truly astonishing offer. For a mere $3 million you could buy a golden airline ticket, guaranteeing unlimited first class travel anywhere in the world for life. For an extra $2 million, you could add a friend to the bargain on a companion pass.

These days, the very concept sounds ludicrous; what airline in its right mind would offer unlimited first class travel to anyone at any price? Carrier profit margins are too thin to risk such a crazy stunt.

But way back in 1981, American Airlines decided it made sense to offer its frequent fliers exactly that. It proved a disastrous decision that haunted AA for decades, and led the company to declare war on its two most loyal customers.

This is the story of the fabled ‘golden airline ticket’, and the men who killed it.

I’ve got a golden ticket

Sixty-five people got to live the dream. They included baseball legend Willie Mays, investor Mark Cuban, and Michael Dell, founder of Dell Technologies. What do these men have in common? They all hold American Airlines AAirpass cards, which allow them unlimited first class travel anywhere in the world for life.

But they weren’t the only ones. Among the 62 other golden airline ticket holders were Steve Rothstein and Jacques E. Vroom, Jr. — less famous perhaps, but far more prolific in their travels. These two men bought into the AAirpass program as well, and they took the phrase ‘unlimited travel’ to new extremes.

As we’ll see, there are points on both sides.

Why would American Airlines ever do this?

The AAirpass program began back in 1981, and, believe it or not, it actually made sense at the time.

In those days, air travel was undergoing fundamental changes. In 1978, the Airline Deregulation Act loosened restrictions on new airlines entering the market. The number of people flying every year was going up, ticket prices were going down, and AA was in dire financial straits. In 1980, the carrier posted a loss of $76 million. They needed to turn things around, and fast.

Robert Crandall, American’s new president, needed a hot cash injection to reorganize the company. Borrowing wasn’t an option because interest rates were astronomical, so he created the AAirpass program to raise funds instead, offering unlimited first class tickets for $250,000 (about $688,964 today) a pop. It was a means of raising cash from corporate clients rather than having to borrow money with interest.

Crandall told The Hustle: “The idea was that firms would buy this for their top performers. But as usual, the public is way smarter than any corporation. People immediately figured out we’d made a mistake pricing-wise.”

The airline was explicit about its need for cash. According to super traveler Steve Rothstein, who bought the pass in 1987, AA actively recruited him.

“American Airlines contacted me and said that, based on the amount I traveled, the AAirpass would be a great purchase,” he said in an interview. “It was like a bond: instead of paying me dividends in cash, they were paying dividends in air travel. They needed cash, and they could pay me in miles.”

In Rothstein’s mind, he had become an investor of sorts, and he was entitled to his windfall. For him and others like him, the benefits would be unimaginable.

The benefits of traveling with a golden ticket

Rothstein, a successful investment banker, was already a frequent flier when he purchased his lifetime AAirpass in 1987. In 1989, he added a companion ticket for an extra $150,000. As he told the Los Angeles Times, that’s when his travel obsession “kind of took hold of me”.

Over 25 years, Rothstein took a mind-boggling number of flights. According to data accumulated by American Airlines and Rothstein, this included approximately: 1,000 flights to NYC; 500 each to San Francisco, London, and Los Angeles; 120 into Tokyo; 80 each to Sydney and Hong Kong.

The golden ticket may have cost him $400,000 up front, but in the long run this was an unbelievable bargain.

“Officially a customer for life, major U.S. and global hubs became Dad’s office,” recalls Rothstein’s daughter, Caroline. “American became his home. He knew every employee on his journey — from the curb, through security, to the gate, and onto the plane.”

He and other AAirpass holders also got to accumulate unlimited frequent flier miles. Over the course of his journey, he accumulated more than 40 million; Jacques Vroom, the other most conspicuous golden ticket traveler, claims he collected “not quite 38 million miles.”

Vroom was a marketing executive from Texas who actually took out a 12% loan to buy his golden airline ticket in 1989. “I paid it out over five years. The total amount all together was perilously close to $500,000,” he told CBS Dallas.

Vroom used his ticket to attend his son’s football games and travel for work, though he also recounts flying to Milan to buy parts for a motorcycle. On one occasion, he flew his daughter to Argentina to help her research a school project. On average, Mr. Vroom flew two million miles a year.

All that glitters is not gold

In 1998, Steve Rothstein happened to find himself on a transatlantic Concorde flight with Robert Crandall, the short-sighted president of American Airlines who had created the golden airline ticket scheme way back in 1981. Rothstein sent Crandall a note of salutation.

Crandall responded by mailing Rothstein a letter of his own some weeks later. It read, in part: “I am delighted that you’ve enjoyed your AAirpass investment — you can count on us to keep the Company solid, and to honor the deal, far into the future.”

Belying those words was the fact that American had stopped selling the AAirpass in 1994. From the airline’s perspective, the golden airline ticket had turned out to be iron pyrite.

The company had, apparently, been quietly asking AAirpass holders with five-year terms to abstain from upgrading to the lifetime pass — which they were still entitled to do.

Cable executive Leo Hindery told the Los Angeles Times that AA “asked me not to convert [to the unlimited lifetime AAirpass].” They even offered to refund him the cash for his five-year pass if he didn’t upgrade, but he refused. According to Hindery, the airline’s attempts to dissuade him included a personal call from Crandall. (For his part, Crandall has no recollection of this call).

Whatever the truth of the incident, it must have been clear to American Airlines by 1994 that offering unlimited first class tickets for a one-time fee was a terrible idea, even though they had raised the price to more than $1 million.

When AA ran into financial trouble in the 80s, it turned to loyal customers like Rothstein to help raise revenue. When it ran into trouble in the 2000s, the company would go looking for reasons to cut him loose.

In 2007, American Airlines was again in turmoil. As a result, they created a ‘financial integrity unit’ to cut costs.

Bridget Cade was assigned to look into the AAirpass program. Cade decided to start with the two biggest travelers on her list: Rothstein and Vroom.

She found that these two men were costing AA more than $1 million a year each, since the airline had to pay the tax on their tickets and couldn’t sell seats they booked in advance. She noted that Rothstein had reserved nearly 6,000 individual seats in one four-year period, but had subsequently cancelled about 80% of his reservations.

In the case of the aptly-named Mr. Vroom, Cade found that he often flew with seemingly random people. She came to suspect that he was selling his seats to third parties — a practice deplored by the airline, but in no way forbidden by the terms of the contract Vroom had signed.

American Airlines detained and questioned a number of people who had flown or were scheduled to fly with Vroom, in some cases offering them rewards if they would say they had paid Vroom for tickets. The detainees refused; one of them complained to the Department of Transportation, accusing AA of extortion. However, it later emerged that many people who flew with Vroom had in fact written him checks, though he claimed most of the payments were unrelated to the flights.

On July 30, 2008, an American employee confronted Vroom when he tried to enter the VIP lounge at Heathrow Airport in London. He was handed a letter informing him his AAirpass had been revoked and was banned from American Airlines. Rothstein’s pass was similarly revoked in December 2008.

Both men would soon find themselves in court.

The aftermath: who ripped off whom?

Rothstein sued American Airlines for breaching his contract. The rules he had supposedly broken were only added to the AAirpass contract after he had signed, and he furthermore argued that the airline had waived its right to penalize him by ignoring his travel habits for so long.

American Airlines sued Vroom in 2011 for selling his seats — which, again, was not forbidden in the original contract he signed, but was against company policy.

Fortunately or unfortunately, all this litigation was muddied and ultimately stopped when American Airlines’ stock dropped 79% in 2011 and its parent company filed for bankruptcy.

Neither Rothstein nor Vroom succeeded in reinstating their golden airline tickets. In 2013, the vestigial American Airlines merged with US Airways. The new conglomerate continues to operate under the better-known brand name ‘American Airlines’, and is now the largest airline in the world.

There are 61 golden airline ticket holders who can still enjoy their full privileges, including Mark Cuban.

So, were Rothstein and Vroom just greedy?

Per Rothstein’s daughter, Caroline: “The obvious story is that my father was a decadent jet-setter who either screwed or got screwed by American; depends on your take.”

It’s easy to see why. This is a story of comparatively wealthy men getting a plum deal from even wealthier men. It’s easy enough to say a) Rothstein and Vroom had their noses in the trough, or b) American Airlines made a short-sighted deal and then stupidly reneged on it, or c) screw all of them, I can’t even get a decent in-flight meal these days.

But, for what it’s worth, that’s not the whole story.

Bridget Cade, the AA investigator, discovered, among other things, that Rothstein gave someone he had just met a free first class ticket to get home from New Delhi to the U.S. That gift alone was worth $7,500. And it was just one instance of generosity.

“Dad gifted the miles and upgrades he accumulated throughout his life to dozens and dozens of people,” writes Caroline Rothstein. “He regularly let… people in crisis come along in his extra seat. There was … the American Airlines employee he saw in India, crying because she might lose her job if she didn’t make it to Toronto … a man in the back office at National Securities, who wanted to visit his dying father (he got there just in time).”

For his part, Vroom says he made use of his frequent flier miles to help people with AIDS travel home to see loved ones.

Whether or not you think these guys were gaming the system, at least they gave some of their bounty to people who really needed it. A ticket of gold may be worth millions, but a heart of gold is priceless.

How The Samsung Galaxy Z Flip Revolutionizes The Smartphone 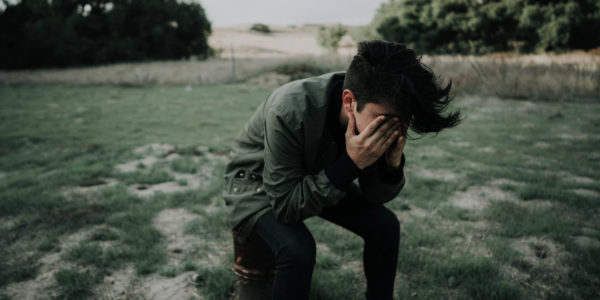 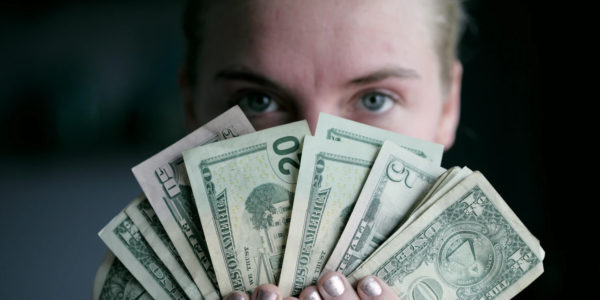 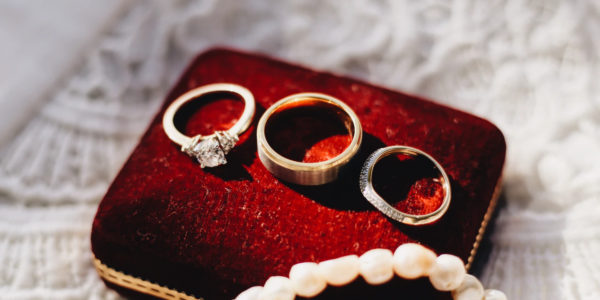 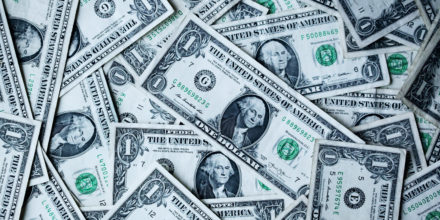 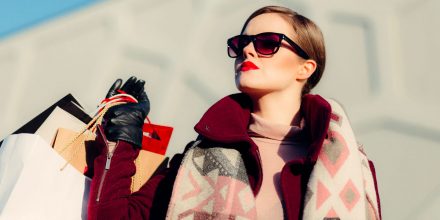