Home > Lifestyle > Saudi Arabia Welcomes Mass Tourism For The First Time: What You Need To Know

For much of its history, Saudi Arabia has largely been a closed country. Now all of that is about to change.

The kingdom has announced a new tourist visa program that will allow foreign nationals from the U.S. and 48 other countries to visit for up to 90 days. They’re even loosening dress code requirements for foreigners in a bid to attract more guests.

This marks a huge shift both in Saudi Arabia’s attitude to the outside world and in its economy. The stated aim is to make tourism 10% of the country’s GDP by 2030 (it’s about 3% now).

This new visa program will undoubtedly spark a wave of investment as well as, well, tourism. But how much do we know about Saudi Arabia, really?

Before packing your bags, or even applying for a tourist visa at your nearest Saudi consulate, you might want to learn a little more about this rather enigmatic country.

So here are 5 surprising facts about Saudi Arabia.

World maps can be deceiving in terms of size and distance. With 830,000 square miles of territory, Saudi Arabia is actually the 13th largest country on Earth by total land area. It’s roughly comparable in size to Western Europe.

Granted, a large portion of that is virtually impassible desert; ‘the Empty Quarter’ pretty much delivers what it promises.

Oh and here’s a free fun fact: Saudi Arabia is the largest country in the world without a river.

Saudi Arabia, as you probably know, is an absolute monarchy. All real political power is held by the king.

What is more surprising is that Saudi Arabia is actually the last genuine absolute monarchy in the world, where no power can touch the will of the monarch.

It is worth noting, however, that the King of Saudi Arabia usually has a senior prince (a ‘crown prince’) as his deputy to do all the real work for him; a sort of princely prime minister. The current crown prince is Mohammed bin Salman.

We often speak of the wealth of Saudi Arabia coming from its apparently endless supply of oil — and that’s true. What’s less well known is that Saudi Arabia is not the world’s largest producer of oil and hasn’t been for years.

That distinction in fact belongs to the United States, which produces 15 million barrels per day as against Saudi’s 12 million. The U.S. took the top spot way back in 2013 and shows no signs of relinquishing it.

Saudi Arabia has no income tax.

Instead, all citizens must pay zakat, a tithe or religious tax that is assessed against assets rather than income. This idea is one of the pillars of Islam, and since all citizens of Saudi Arabia are by definition muslims, it works out just fine. Foreigners working here are required to pay neither zakat nor income tax.

You’ve perhaps heard of the Committee for the Promotion of Virtue and Prevention of Vice (CPV), Saudi Arabia’s official morality police.

One of their more onerous tasks is to combat witchcraft and sorcery. Like fundamentalists of other Abrahamic faiths, the religious leaders of Saudi Arabia apparently labor under the impression that magic is a clear and present danger to the security to the world, and they invest considerable energy in combatting it.

The CPV has an Anti-Witchcraft Unit, who travel the country flushing out sorcerers and reversing their spells. Which is tough work, since those things don’t, y’know, exist.

All the same… don’t bring a Harry Potter book with you if you are planning to visit. 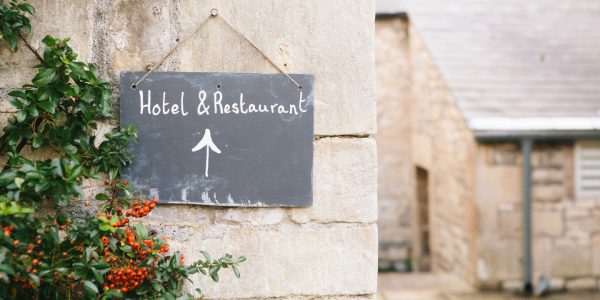 Best Options For Senior Living In The US

5 Ways To Make Money By Investing In Gold

All You Need to Know About State Funded Rehab Centers